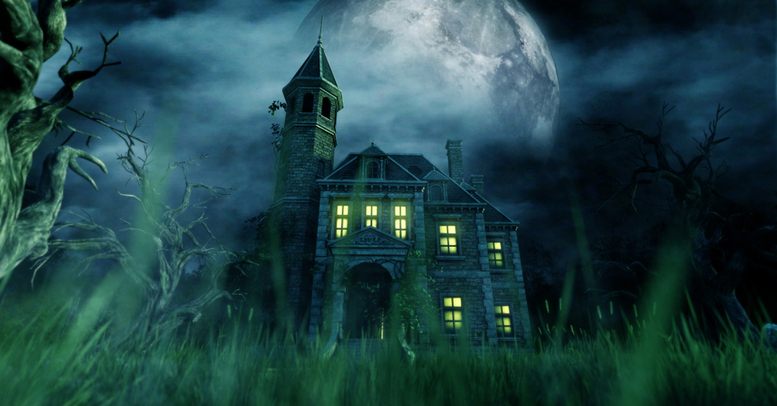 Real estate is home to lots of history. And not all history is good. Stigmatized property is an industry term for a home whose value is negatively affected by something unrelated to its physical condition, usually something that’s occurred in or around the home in the past.

One of the most notorious examples of stigmatized property is the home that George and Kathy Lutz bought back in 1974 on suburban Long Island. Their experiences there, until they left after 28 days, became the basis for the famous movie The Amityville Horror.

Interestingly, the Lutzes knew that the home might be haunted. The realtor had told them before the bought it what had happened there. They bought it anyway. Perhaps it shouldn’t be surprising. A recent survey found that 30 percent of people were open to living in a haunted house, while 25 percent ‘might be’.

Real estate does not operate on a caveat emptor (buyer beware) basis. Legislation varies state by state, but in most states certain material defects, like leaking roofs and crumbling foundations, must be disclosed.

But what about emotional stigmas, like grisly murders, urban legends, and covered-up graveyards, the kinds of things that might creep some buyers out but not others? Is there a requirement to disclose these? Depends, once again, on the state.

About half of the 50 states have no law on the books regarding stigmatized property. In California, the seller must disclose if there has been a death on the property, but only if it occurred within the last three years.

In New York, you must disclose a poltergeist

Most states do not allow sellers to lie to cover up an emotional stigma. They don’t have to tell the buyer about it, but they cannot omit information if asked directly. A famous example is the 1991 New York case, Stambovsky v. Ackley, in which the seller had written in the local paper and Reader’s Digest about her Victorian home’s rambunctious poltergeist.

Yet when it came time for her to sell the house, she said nothing. After the buyer had put down a large deposit, they learned about the poltergeist from someone in town. In the end an appeals court allowed the buyer to rescind the transaction.

Similar cases in other states have followed this precedent. When ghost stories and the like significantly impact the property’s value, and the seller is on record as being aware of the stigma, the buyer may have recourse to back out of the transaction. 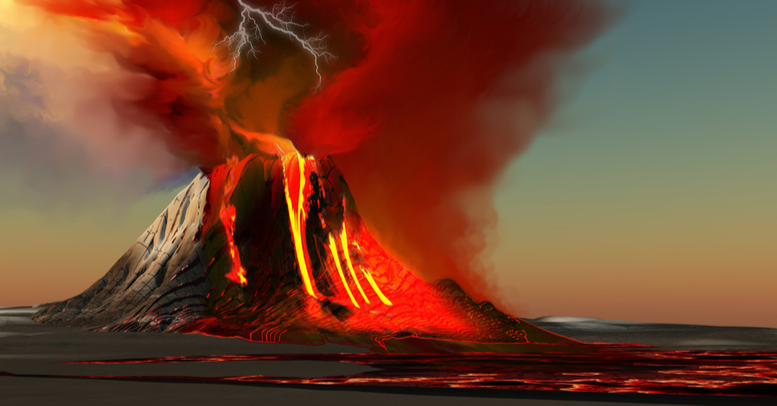 The volcanic eruption that started on May 3rd on the big island of Hawaii is still ongoing. Tens of thousands of tons of molten rock have flowed into the Pacific Ocean, hardened, and created new land — terra firma.

It’s a process that’s been underway on the Big Island of Hawaii for over 5 million years. Foot by foot, yard by yard, and acre by acre, land takes the place of the sea. 5 new acres were added after a 2016 eruption. The 1960 Kapoho eruption added a whopping 500 acres to the island’s southeast tip.

Hawaii isn’t unique in this regard. In 2012, a brand-new 75-acre island sprang into existence, seemingly from nowhere, in the middle of the Red Sea, the result of an undersea shield volcano eruption. Wikipedia keeps a running database of new islands, though the list includes new land created by “volcanism, erosion, glacial retreat, or other mechanisms.”

This all got us thinking: Who owns the new land formed by a volcano? With no previous ownership history, and certainly no need for a title search, is it up for grabs?

Who owns new land created by a volcano?

According to a University of Hawaii at Manoa law professor who specializes in land use, it belongs to the state. These so-called “lava extensions” were the subject of a Supreme Court case in 1977 in which two residents sued the state over 7.9 acres of new land formed by a 1955 Kilauea eruption.

Though their deed (obviously) did not contain any description of the new land, because the deed preexisted the land, the two residents carried on as if the lava extension belonged to them. They planted trees and shrubs and even had part of it bulldozed. In the end, after a lengthy legal battle, the court decided that lava extensions would be for the “use and enjoyment of all the people.” Their reasoning is as follows:

“Rather than allowing only a few of the many lava victims the windfall of lava extensions, this court believes that equity and sound public policy demand that such land inure to the benefit of all the people of Hawaii, in whose behalf the government acts as trustee.”

If you’re familiar with A Christmas Carol, you know that Ebenezer Scrooge finally found redemption with the help of the Ghosts of Christmas Past, Present, and Future. As a property buyer, or a real estate agent representing the interests of a purchaser, you must be guided by three property ghosts to ensure you are buying what you think you are buying: The Ghosts of Property Past (Title Search), Property Present (Inspection) and Property Future (Infrastructure, Zoning and Developments).

The Ghost of Property Past

A property is more than a structure or a piece of land. It has had numerous owners stretching back decades or even centuries. Only with a careful review of the property records and a thorough title search can a purchaser know:

The Ghost of Property Present

The Ghost of Property Future

Just as your property has a long history stretching into distant decades, it also has a long future that will stretch decades into the future. To ensure that you will get out of your property what you are expecting (to start a business, to raise a family, etc.) you must understand what the surrounding area will look like in five, ten and twenty year’s time.

Protect Your Investment with Punctual Abstract

Any property transaction carries risk. Those risks lurk in the background like ghosts. In that sense, you could call us ghostbusters. Punctual Abstract is a trusted partner when accurate verification of a seller’s right to ownership, claims, defects and other rights on a property are required. To learn more about our services, visit our homepage today.